This website is – you guessed it! – “under construction” but in due time you’ll find here practically all my published and unpublished papers.  These are for the most part in mathematics because – you guessed correctly again! – I am mostly a mathematician, but there are some exceptions.  Just as a sample, here is one from long ago in which I had proved A Trace Formula, and here is a later more whimsical paper of mine which points out and discusses this  Paradox : the usual way in which Fluid Mechanics is taught “proves” that the fundamental group of a circle is trivial!  And here, finally, is a very recent photograph I took of my shoes as I was doing mathematics in my brother’s beautiful garden in :-- 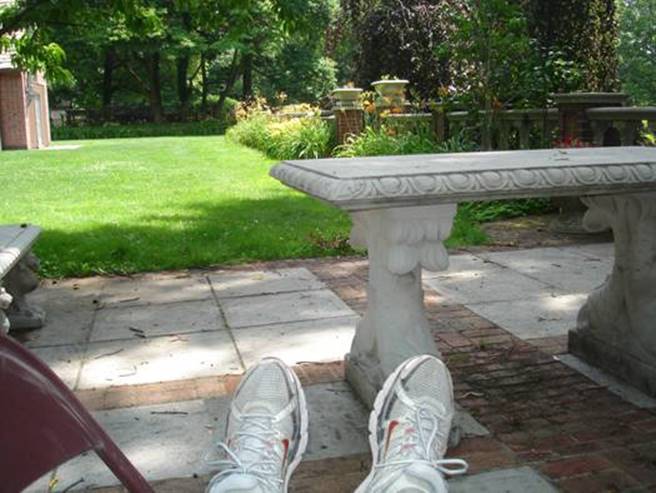 My plan, basically, is to just complete the attached incomplete List and upload all its items.  In the meantime, see also www.geocities.com/sarkaria_2000 and  www.geocities.com/karanbirsarkaria, my previous websites (which too have remained “under construction” only for a very long time, and shall now soon be deconstructed).

Update of April 11, 2010.  As I had so astutely – clap! clap! – foreseen, this site is still “under construction” after so many months (and the geocities links have been defunct for almost as many), but, as those fond of avidly perusing this website have no doubt noticed, I have stuck to my basic plan, though perhaps at a less than blistering pace.  Besides, starting today – a Happy Birthday to you too! – I’ve started building up another list, of hard-to-find items by other authors that I have liked over the years, which too will be treated, basically, as per the same tried-and-tested (or is it slow-but-steady?) plan. 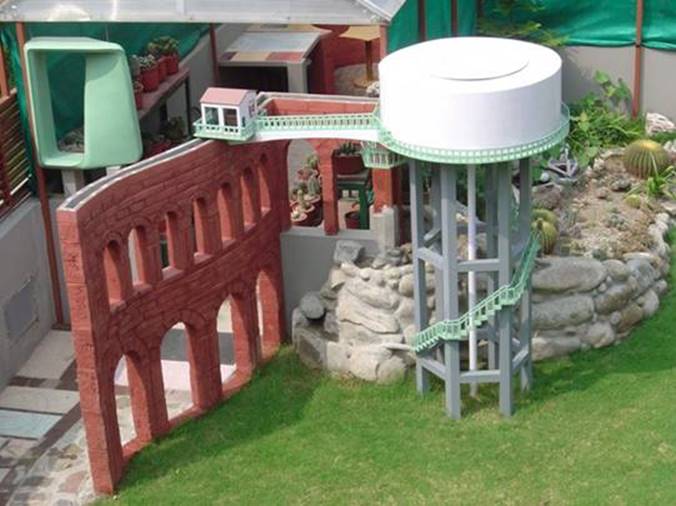 Update of April 11, 2011.  Considering how much more material has been added to it during the last year, this website is now no longer “under construction” in a restricted sense, but then again, considering how much more remains to be uploaded, and even more, how much more by way of new projects I’ve in the pipeline, it seems it is destined to remain happily “under construction” for my lifetime?  Anyway, one project of the latter kind which did make it during the previous year was the, by now well-known, paper from which the above photo—which also serves as an entry to a picture gallery!—is extracted.

Update of April 11, 2013.  Chugging along ... and a special word of thanks for all those who have been giving help from far away ... indeed today only I received a scanned pdf of those long seminar notes from 1993-94 on Poincaré’s Analysis Situs ... so these too are now available on this website. 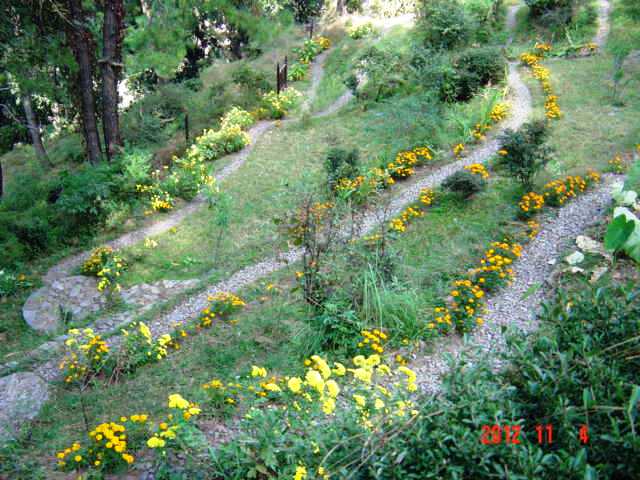 Update of April 11, 2014.  Clicking on the above pic will tell you that walking around and around those garden paths can lead one to do funny things ... and there is much else too that is new in List ... but I’ll let you explore for yourself and pick and choose what catches your fancy ...

Update of April 11, 2015.  Funny how what I spent almost all of this twelvemonth doing ... very little of that got posted  ... while a couple of btw things that happened jlt did  ... still, this little should suffice to give, to at least some of you, a pretty good idea of what’s cooking ... 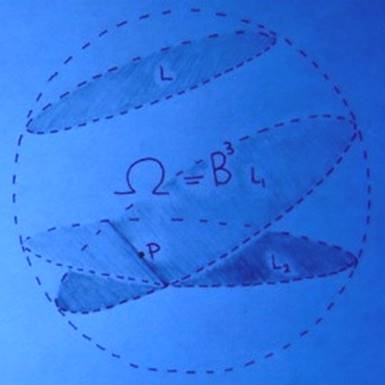 Update of April 11, 2016.  The trivial -- but crucial ! -- first paragraph of PG&R had set the above ball rolling three years ago ... besides, to answer some interesting questions that have arisen in its sequels, I’ve been playing with arguments like the one below which uses a bricklaying pattern. 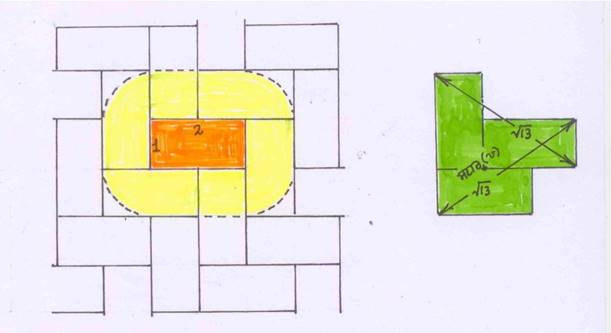 Update of April 11, 2017.  Time flew thanks to aliens who can go back in time and some notes on a footnote.

Update of April 11, 2018.  “So what is your best work?”  Never an easy question to answer, but I’d say what I’ve done after 2009, especially Plain Geometry & Relativity, I-II-III-IV-V, together with its burgeoning off-shoot, a topological reworking of algebra.  For the manifesto of the latter click on the first picture below, and for some related rubaiyaan (!) inspired by the prettiest composition of Khayyam on the second. All translations are also available from List, except of the latest installment posted today, of which the translation will be made available as soon as it is ready. 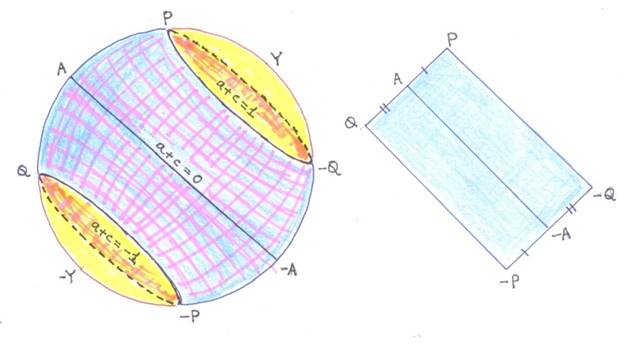 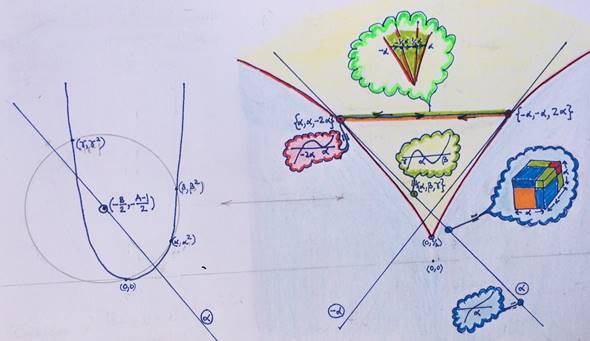 Update of April 11, 2019. It’s all revolving now, around what Baby Algebra is proving in the picture below, as the next and yet-to-be-translated part four posted today further shows. 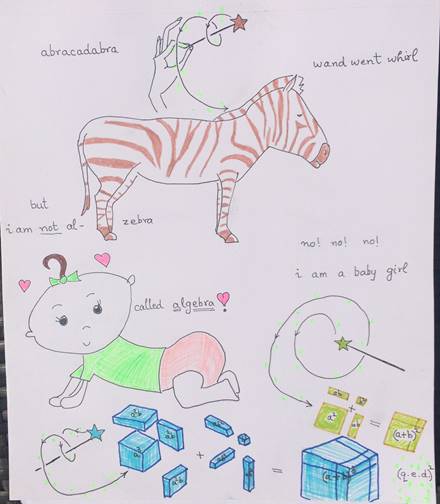 Update of April 11, 2020. The picture below of an hero of mine clicks to a miscellany of fifty thoughts, the one-sided halo of the cake to the translation of part four, and posted now is the yet-to-be-translated part five. 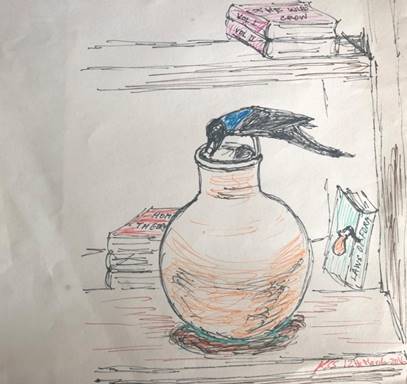 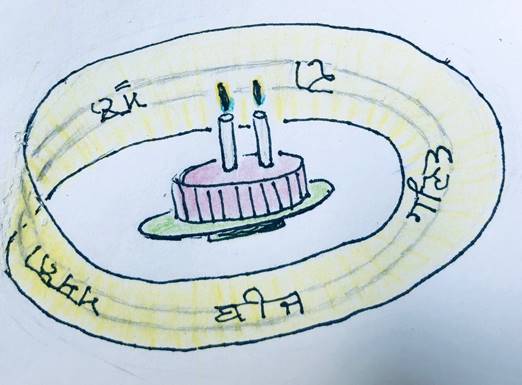 Update of . The translation of the interleaved part three and a half, a.k.a. fifty thoughts on everything under the sun, and that of the conclusion of our topological theory of equations, had to wait upon quite a bit of this and that left in its wake, e.g., hobson’s choice, garlands, etc., as well as the fun story contained in the picture below. Which stirred up many old and new results, but happily this segue on spin, theta, etc., has quite naturally circled back into the nik-suk I was doing before, and God willing, hope to continue. 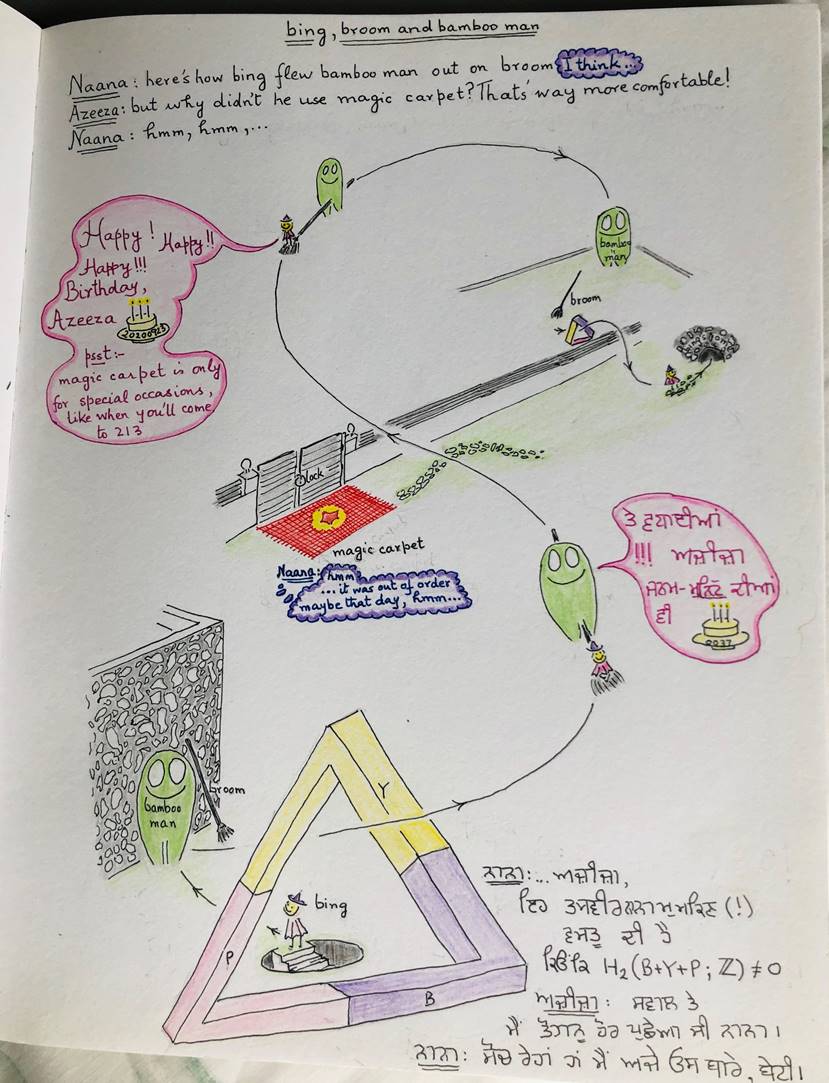